Palm Beach Post: October 5th 2010
By Kimberly Miller, The Palm Beach Post Staff Writer
The technical glitch that Ally Financial is citing for freezing portions of its foreclosure machine could keep Susan Carlsen in her million-dollar Jupiter home for another year. Or, even win her the court case all together.

Carlsen’s attorney, no doubt like many foreclosure defenders nationwide, plans to take full advantage of the acknowledgments by Ally, JPMorgan Chase and now Bank of America, that legal documents used to repossess people’s homes were flawed.

Attorneys for Ally, formerly GMAC Mortgage, withdrew an affidavit stating how much Carlsen owes on the house last month as it was revealed bank employees swore to personal knowledge of foreclosure documents when they had no such knowledge.

The unexpected reprieve for tens of thousands of delinquent borrowers opens legal avenues to slow Florida’s so-called “rocket docket” — a blur of quickie foreclosure judgments aided by a summer infusion of $9.6 million to hire additional judges and court employees.

“This whole thing has been treated like they’re going to a fast-food restaurant to buy a hamburger,” said Carlsen’s attorney, Peter Snyder, adding that a loss of income hurt his client’s ability to pay the mortgage.

Conventional wisdom has been that to speed economic recovery, Florida needed to speed the foreclosures, getting them back on the market to reinvigorate communities. It was one of the fundamental reasons the state gave $9.6 million to the courts. Also, new online foreclosure sales in many counties were developed to help move homes in eBay-like fashion, hastening their return to the market.

While some may feel it morally unsavory to allow people to continue to live in their homes for free, the slowdown means discounted foreclosures will trickle into the market, instead of gush.

“It will be better for housing prices in the near term,” said Chris Lafakis, a Moody’s economists who studies Florida’s economy. “If this gets dragged out, by the time the homes end up on the market, the economy will be stronger and better able to handle the supply.”

Industry experts say the practices that led Ally, Chase and Bank of America to halt some of their foreclosures are widespread. Banks and servicers are undoubtedly reviewing their foreclosures, even if their efforts have not become public.

Lake Worth resident Roberto Sanchez had an affidavit withdrawn from his two-year-old foreclosure case last month. He hopes it means he can stay in his home.

“I want to keep the house,” Sanchez said. “I tried to talk to the bank in the beginning and they wouldn’t help me. That was three years ago.”

Boca Raton real estate attorney Marlyn Wiener said her foreclosure clients are clamoring for information on how the freezes will affect them.

“There is no way to know how big and bad this is going to get,” Wiener said. “This is going to be a huge mess for the courts, which are going to be inundated with lawsuits and motions to reopen foreclosure cases, perhaps even requests to unwind sheriff’s sales that have already been completed.”

A lot of what happens will depend on the judge. A defense attorney could ask the case be thrown out based on the flawed documents. If a judge agrees, he or she could dismiss it with prejudice, an unlikely ruling that would award the home free and clear to the owner.

If dismissed without prejudice, the bank would have to start the foreclosure again from the beginning.

Judges may also decide to force the case to trial, instead of the abrupt summary judgments where details of the case are accepted as fact and a ruling is made.

Sanctions on the banks’ attorneys are also possible if it’s believed they knew they were filing faulty documents with the courts.

Or, judges could simply allow the banks to re-file corrected affidavits without penalty and the case would move forward.

“We don’t believe you should be able to file false evidence with the court and basically withdraw it and say ‘No harm, no foul,’ ” said Chris Immel, a defense attorney with Royal Palm Beach-based Ice Legal. “They were doing this in a great number of cases and it was done willfully and intentionally.”

Ice Legal took depositions of employees of Chase, Ally and OneWest Bank, formerly IndyMac. In each case the employee said he or she signed thousands of foreclosure-related documents every month without personally verifying them. OneWest has made no statements regarding its foreclosure process.

The maelstrom has led to attorneys general investigations in several states, a federal call for all banks to review their procedures, and a Treasury Department request that regulators look into the issue.

GMAC, which was renamed Ally in May, has received $16.3 billion from the U.S. government.

The bailout is one argument made by homeowners in foreclosure as to why they should not be rushed through the courts.

“The banks have already been made whole by the U.S. government,” said Snyder. “They were reckless in their lending, but no one’s throwing them out on the street.” 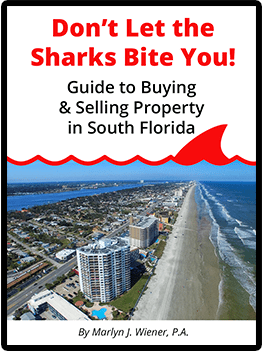